"Working Together for Healthy Soil and Clean Water"

Nassau County Soil & Water Conservation District is one of 58 county districts in NY State that provide “on the ground” assistance for soil and water resources, preservation of wildlife, and promote the health, safety, and welfare of residents in their respective communities.

We foster coordination among municipalities and other key stakeholders to develop locally-driven solutions to natural resource concerns in Nassau County. We work together for clean water and healthy soils with individuals, municipalities, private and public organizations, and schools. 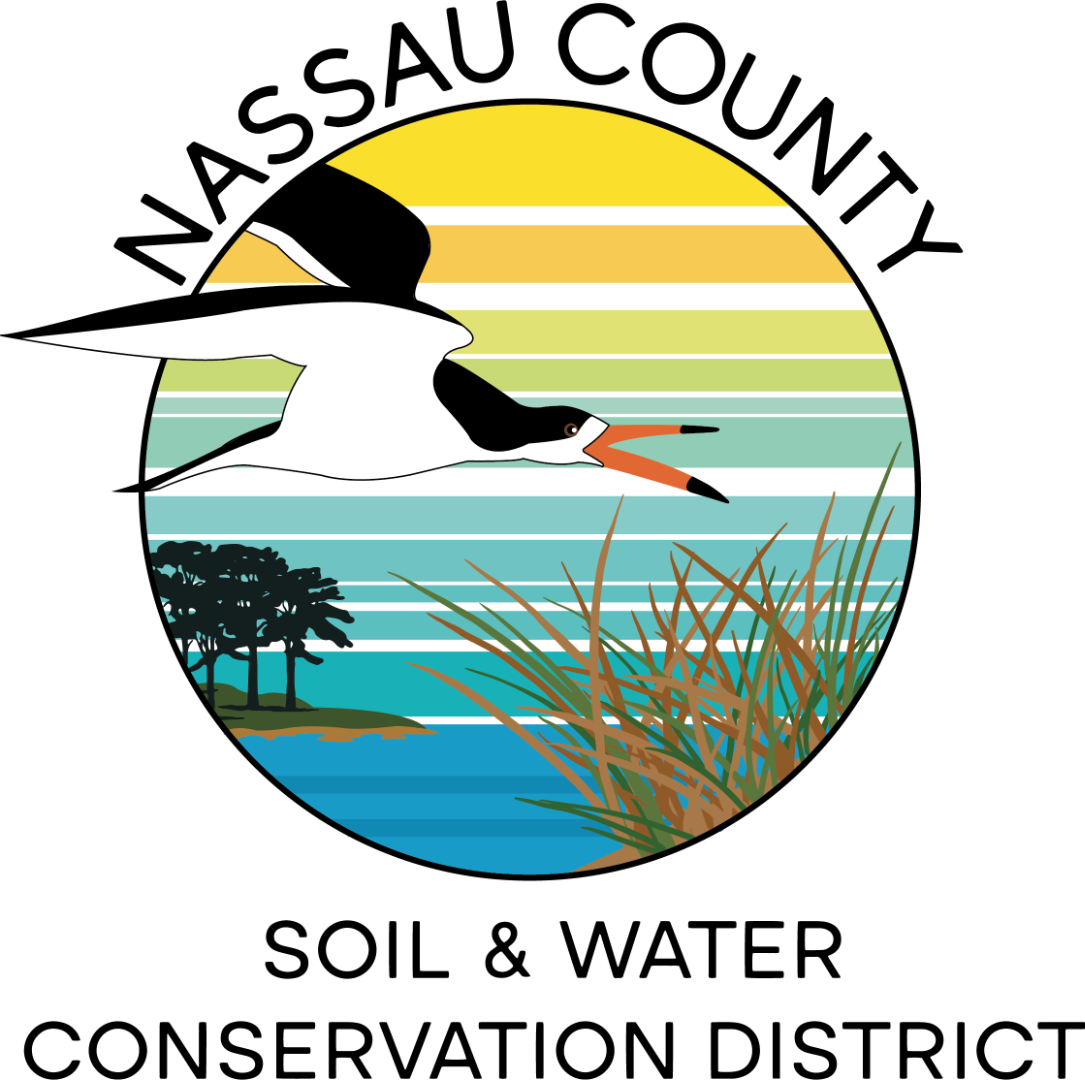 The Nassau County Soil and Water Conservation District office is located inside the Muttontown Preserve at 1864 Muttontown Road, Syosset, NY 11791

Long Island is a wonder of geology and natural resources and should be treated as such. From the south shore plains to the hills of the north, it contains a diversity of natural features created over the thousands of years.  Pre-glacial geologic events in the Long Island include the formation of the ancient (over 400 million year old) metamorphic bedrock that forms the foundation upon which Long Island rests, and the deposition of sand and clay on this bedrock 70 million years ago during the late Cretaceous period.
The geologic event that most greatly affected the land surface of Long Island was the advance of a massive continental glacier into this region during the Wisconsin stage of the Pleistocene Epoch. The Ronkonkoma and the later Harbor Hill are two sub-stages, or positions, of this ice sheet which occurred on Long Island. The accumulation of rock debris along these two stationary melting fronts formed two prominent ridges called terminal moraines. As the glaciers receded, the flow of the sediments created the outwash plains of the south shore.

A few perennial streams drain the county. Most of the longer streams run from the north to the estuaries in the south. A few of them are Valley Stream, Mill River, East Meadow Brook, Bellmore Creek and Massapequa Creek. The north shore drainage is mostly intermittent. Two of the longest creeks are the Glen Cove Creek and Mill Neck Creek. Much of the runoff between Route 25 and 25a enters the ground water through land locked ponds and natural depressions.

Long Island’s water supply is underground aquifers. The contour of the aquifer system is roughly the same as the land surface. The water table is closest to the surface at the terminal moraine and deeper at the coasts. The upper glacial is the closest to the surface and made up of sand and gravel from the last glacier. The deeper aquifers are the Jameco, Magothy and the Lloyd. The Lloyd is the deepest and rests on bedrock.